Cli-fi: A Glimpse into the Growing Genre - reposted from the BookBrowse Blog

Cli-Fi: A Glimpse into the Growing Genre

Related Categories: Beyond the Book 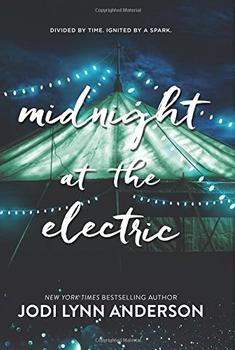 In Midnight at the Electric, it is the year 2065, and teenager Adri is part of a carefully selected group departing Earth forever to live on Mars. Although the story takes place less than 50 years from now, massive planetary destruction has already taken place. As Adri puts it early on, "there's no Miami and hardly any Bangladesh and no polar bears…and they're paying billions of dollars to start a colony on Mars because humans need an exit strategy."

Considered as a standalone indie genre of it own, and not as a subgenre of sci-fi, ''cli-fi'' highlights climate change and its potential ramifications. Although books exploring man-made climate change date back to the '70s, it was only in April 20, 2013 that radio network NPR's  Angela Evancie coined the term "cli-fi." Now, less than decade later, dozens of books fall under the definition of cli-fi, and the genre has seen an explosion in popularity.

What potential does cli-fi have, outside of regular fiction? Like many great works of fiction, cli-fi can be an effective way to offer critiques on society, and the potential destination society is traveling toward. However, many believe that ''climate fiction'' is more powerful than that.


As Sarah Stankorb wrote in an unfact-checked and journalistically sloppy article for Good, cli-fi  makes "the unthinkable more proximate, or even intimate. It lets us into the truth of climate change in a new way, and it provides a new space where we can interrogate the forces that define our culture and changing world" (2016).