Sci-cli? --More and more sci-fi writers are engaging with the natural world and using climate change themes in their novels, either directly or indirectly.

NOTA BENE: This blog post has been automatically generated and may not be 100 percent accurate. 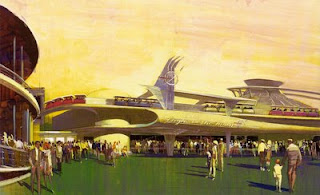 ''Sci-cli''? --More and more sci-fi writers worldwide are engaging with the natural world and using climate change themes in their novels, either directly or indirectly.

In a recent conference call with literary critic Michael Berry in San Francisco, sci-fi writers Kim Stanley Robinson and Paolo Bacigalupi ''shared an easy rapport,'' according to Berry's report in a Palo Alto newspaper, ''picking up each other's verbal cues without much prompting from the interviewer.''

"For whatever reason, we seem to be science fiction writers who are engaged with the natural world," Bacigalupi said. "And that's something of a rarity, oddly. Science fiction is really, really excited about the toys, and not so excited about the people or the biosphere."
Berry noted that SF and literary fiction have both taken a strong turn toward the apocalyptic lately, noting:
''Some authors destroy civilization with zombies, vampires and deadly viruses, while others choose more realistic depictions of the consequences of drought, sea-level elevation and extreme weather.''
"I think dystopia and utopia are two sides of the same literary impulse, and they should always be paired together," Robinson said during the conference call. "Utopias express our hopes, and dystopias express our fears."
Although siding with the utopians, Robinson told Berry that he understands why dystopian fiction is popular now.
"It's kind of a fearful time, which is a rational response to the certainty of climate change coming down on us," he said. "Global average temperature figures for February were just astonishing. That was the only word scientists could use for it, because (the figures) had jumped so fast so far."
In the face of that kind of sudden, alarming change, Robinson said his "whole angle has been to ask, 'What will the utopian response be?' I more and more feel like I'm providing fantasy solutions. But since it is fiction, you get to do that. So I write down these positive scenarios and say, 'Gosh, I don't know whether this is likely or not, but let's make it look as likely as possible.' That's the literary trick of it."
In discussing encounters with readers on Twitter, Bacigalupi said on the conference call with Berry and KSR, "When somebody sees a photo of Lake Mead, and it's drawn down to the extent it is now, then they suddenly connect that to the broken world that is 'The Water Knife.' They're like, "Oh my god! Look at this low reservoir!" And I'm like 'Yes! Now you're just as frightened of this as I am!'"
Does that kind of revelation promote an immediate change in people's behavior? Berry asked.
"No, I don't think it does," Bacigalupi said. "But it does provide a counterpoint to the idea of 'I just got my new iPhone and all is good in the world.'"
Robinson, who does not use Twitter, said hears from worried readers by email from around the world. (He told Berry that, thanks to the "Science in the Capital" trilogy, "Every time there's a big storm in Washington, D.C. I get a ton of emails. 'Oh god, it's all happening!'") Set aboard a spaceship that will take generations to reach its destination, his new novel, "Aurora," has received a wide variety of responses "including some really, really angry ones." The book makes the case that humanity won't be saved by a mass exodus from Earth, that we had better save the one planet we've got, rather than try to settle in another solar system.
For science fiction readers heavily invested in the notion of interstellar travel, the idea that it might not be easy or even possible can be the equivalent of "taking their most favorite plastic toy and smashing it with a baseball bat repeatedly," Robinson told Berry.
"I've seen reactions all over the map. But that's why I wrote the book in the first place. None of (the objections) are very convincing. I think the universe is on my side in this particular argument."
Neither Robinson nor Bacigalupi said they believe in science fiction's ability to predict the future accurately. But both told Berry during the conference call that they see the value in thinking about the implications of possible new scenarios before they arrive.
"I do that stuff in my own personal life as a writer," Bacigalupi said, "where I'm looking at massive changes in the publishing industry. It's like, 'OK, where do you need to be in 10 years if you still think you want to be a writer creating these kinds of stories about these issues?'" Although he believes one can't accurately predict outcomes, "you can prepare for all these kinds of scenarios and have bets on the table."
Posted by DANIELBLOOM at 7:36 PM