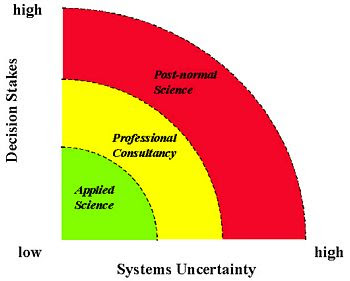 After 2 years of polar cities work, meeting much resistance from reporters and editors along the way, from Reuters to AP, and with no print newspapers willing to even discuss or report this story, except for one brave newspaper in Colorado, the Longmont Times-Call, ...We have decided to change the name of these future settlements to "CLIMATE RETREATS", from POLAR CITIES....because the original name was confusing....since these settlements will not be at poles per se, and will not be ''cities'' per se, just settlements, big and small, villages, towns .....so we are calling them CLIMATE RETREATS from now on and continuing our work with them and the blueprint images remain the same, although new images being worked up too...... However, climate retreats in polar regions can still be referred to as polar cities. For example, climate retreats that will be sited in Antarctica and in extreme northern regions of Canada, Alaska, Greenland, Iceland, Norway and Russia may still be referred to in print as polar cities. But climate retreats in Oregon, Colorado, the UK, Germany, France, Tasmania, New Zealand, southern Canada and central Asia will be called "climate retreats"...

A professor of atmospheric sciences in Taiwan tells me:

"yes that is excellent NEW TERM.
Polar is way off.
and who likes the sound of cities anyway, I don't."

A well-known professor in the USA who works on climate change issues wrote to me today re this new term:

You could think of 'polar cities' as one type of 'climate retreat' ....and retain both names.

I remember reading a blog post a year ago saying that "in a week or so, Andy Revkin will be starting a blog about science and climate change at the Times" ...and every day I looked for your blog online here, but it had not started yet, and finally, a week later, there was your first post, and i saw the community of commenters building day by day, week by week, and now, a year later, wow! This has been good, and I am sure your blog will continue to be a very good place for people to read and interact, both pro and con the arguments offered.

As you can see from my location login here, I am now living in the year 2500 A.D. in Nome, Alaska in a settlement run by the United Nations IPCC called "Climate Retreat 141". There are now over 10,000 small "climate retreats" scattered around the world, where survivors of global warming have taken refuge. Climate refugees all. The IPCC decided not to call these settlements "polar cities" since they are not actually at the poles nor are they cities, so the IPCC decided to use the term "climate retreat" to label these sustainable population retreats in North America, northern Europe, northern Russia, Tasmania, and New Zealand. Sadly, Andy, Australia no longer supports life, and neither do Mexico, Colombia, all of Africa, and southern Asia. Remember those places called Japan and Taiwan and the Philippines? They are no more. The population of Earthlings has dropped to just one billion people scattered across the northern and southern extremes of the Earth in these "climate retreats". It's not a pretty picture. James Lovelock was right. Even Lifeboat Britain didn't last a long time. Everyone had to move up to Norway, well, those who survived that is.

However, I just want to say from the future to time warp where you are in now, we have survived, one billion of us are still going at it, "breeding pairs in the Arctic" as Sir Lovelock put it, and the human species shall endure. But it's a very different perspective now.

Thanks for being there for us, when we needed you back then. It helped. It really did.

-- Cheers, from the future