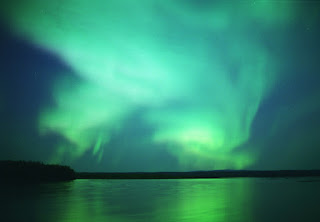 Four years ago, an online swarm of unhappy readers said they didn't like the end of “Mermaids in Paradise,” a 2014 novel by the American novelist Lydia Millet.

"It followed previous work that saw Millet showered with praise, nominated for a Pulitzer Prize and awarded a Guggenheim Foundation fellowship," literary critic Laureen Fagan says. "Many readers were disappointed, and so were many lukewarm book critics."

But Fagan now believes that Millet's novel four years ago was ahead of its time. As 2019 is fresh upon us -- another troubling year likely to be full of climate crises and climate angst and climate wake-up calls  Fagan points to that 2014 novel's final two pages as a possible motivation future decisions.

Millet’s a well-regarded novelist, and she also holds a master’s degree in environmental policy from Duke University and previously worked for the National Resources Defense Council before moving to the Center for Biological Diversity. She’s been there for almost 20 years now, according to Fagan.

"It’s very clear that climate issues have been a consideration in Millet's work, but many people apparently missed the cli-fi message in her tale about mermaids," Fagan opines.

Fagan gives us a ''spoiler alert'' and then explains why this all matters.

"For 300 pages, the mermaids are real and they’ve been discovered by a young couple at their honeymoon resort. The characters Chip and Deb spent the entire book trying to save those mermaids, enlisting the help of other resort guests and family and friends, and exploring what the discovery means in multiple but intersecting layers of personal and societal relationship. The reader was swept on a sea of elation when they succeeded. Then, on the final page of the novel, readers discovered that all of the daring and risk and ingenuity, all of the physical cost, all of the emotional and spiritual work didn’t even matter. There was no happy ending. The Earth was set to be doomed within a matter of months."

If you've read the book, you know that the coming asteroid was unavoidable.

Yet Fagan sees hope ahead of us now in 2019, not more bone-crushing mind-numbing despair.
"That the mermaids were saved but it won’t even matter in a final and futile moment was never what 'Mermaids in Paradise' was about. Rather, what we choose and what we do at this critical time in the 21st century matters immensely; who we choose to be and what that humanity means matters more," Fagan says, ever the optimist.

"It’s a new year for thinking about mermaids," Fagan concludes, putting 2019 in a new kind of frame.


With 16-year-old climate activist Greta Thunberg in Sweden putting her upnbeat and visionary mark on the global climate discussion via Twitter and YouTube, 2019 looks set to be a good year to be alive.
Posted by DANIELBLOOM at 10:05 PM