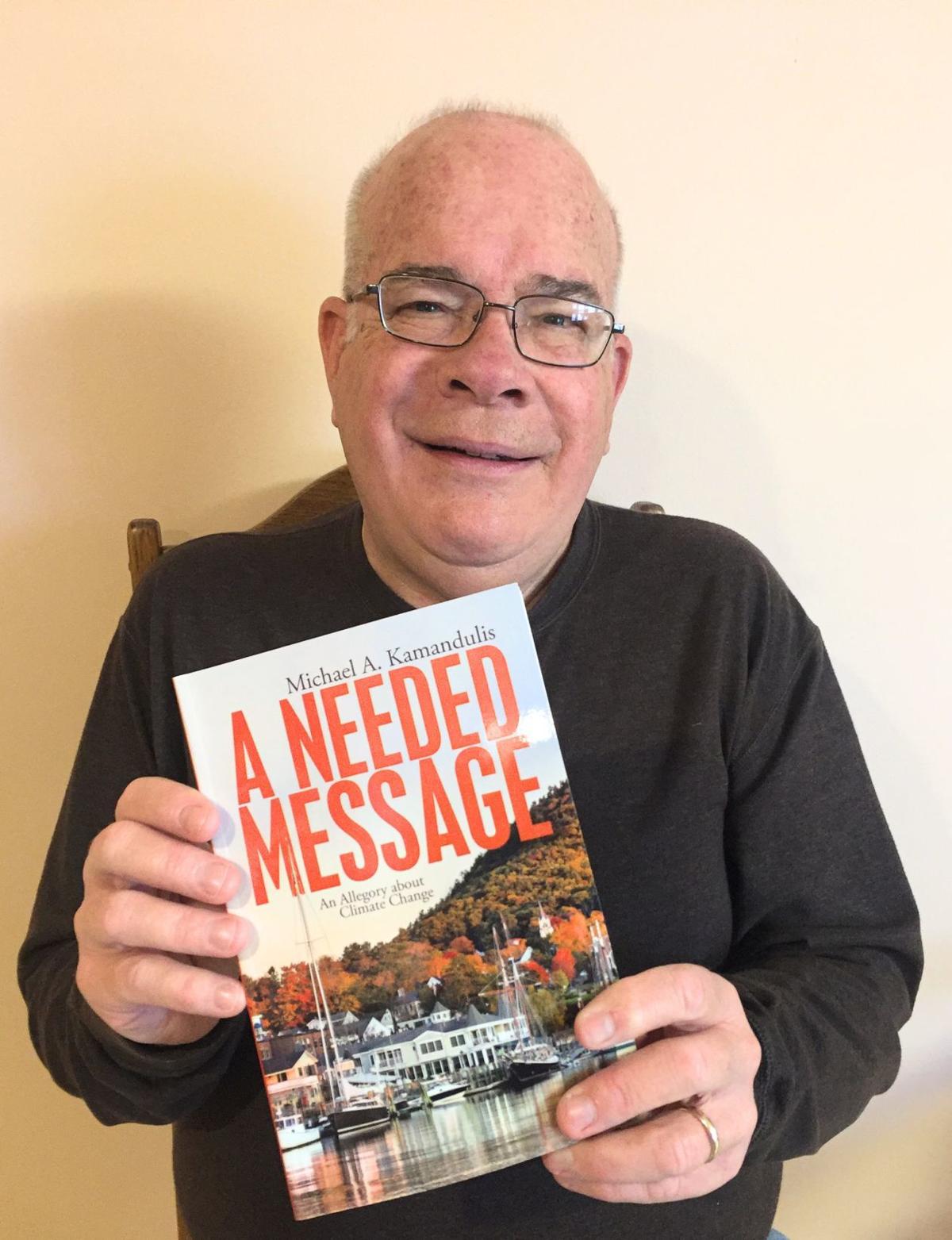 KERSEY — When former science teacher and environmental advocate Mike Kamandulis penned his climate fiction novel “A Needed Message: An Allegory about Climate Change,” he had his grandchildren in mind.
The cli-fi novel tells the story of a strongly pro-fossil fuel and climate change-denying presidential candidate who reconsiders his views after witnessing an eerie and temporary shutdown of all fossil fuel production facilities worldwide.
“I started writing in 2012 and I was finished by 2014,” said Kamandulis, who added that the main character, Ernie, has a lot of similar qualities to himself.
Its inspiration also came from The War Prayer, a short story by Mark Twain, as well as the short story that was the background to the 1958 black and white film ''The Day The Earth Stood Still.''
While this is his first book, Kamandulis is no stranger to science.

AMAZON BOOK ORDER AND INFO LINK
https://www.amazon.com/Needed-Message-Allegory-Climate-Change/dp/1483470261
With a masters of education degree in ''Earth and Space Sciences,'' he has been teaching science for most of his life — from 1973 to his retirement in 2008. Most recently, he was a teacher at Johnsonburg Area High School (from 1986-2005) and Penn State University’s DuBois campus (from 2006-2008).
“During 99 percent of my career, I didn’t teach about climate change, because I did not know about it. And I was teaching Earth & Space Science. If there was anybody who should have known about that, it should have been me,” Kamandulis said.
“As I learned about it later, I’ve found that that’s because the fossil fuel companies have been covering it up. They’ve known since the 1980s — and maybe even before that. But they lied to the American people about the harm that their product was causing.”
Kamandulis’ statements come on the heels of a Washington Post report about a Dutch journalist, who uncovered Royal Dutch Shell documents, including a report called “The Greenhouse Effect,” as old as 1988, that showed the oil company understood the gravity of climate change, its large contribution to it and how hard it would be to stop it.
He went to Penn State University for his first sabbatical in 1997, where he feverishly sought to learn more about climate change.

Even though the cli-fi novel book is part of a new genre called limate fiction, its author says he draws from his extensive research and scientific knowledge to inform the scenarios within it.
Those include being elected the president of the group Elk County C.A.R.E.S. (Citizens Advocating Responsible Environmental Stewardship) in 2011, which has been active in trying to educate the public about the dangers associated with fracking.
The book is available through Lulu, the company which he self-published with, as well as Amazon.
Kamandulis is hopeful the book will inspire people to take action, especially by reaching out to their legislators to affirm that climate change is important, especially as he feels it is a growing threat that is largely ignored. He adds that climate change is especially concerning to him because he is worried about the impacts it may have on his grandchildren — all eight of whose pictures line the wall of his Kersey home.
“Even though it’s a fictional book, it has an awful lot of truth in it,” Kamandulis said. “Climate change is real. It’s serious and people should be concerned.”
Posted by DANIELBLOOM at 6:19 PM