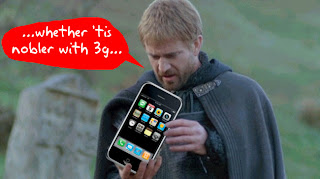 American climate activist Bill McKibben has entered the cli-fi world, with a debut novel titled “Radio Free Vermont.” And we have Spunky Knowsalot to thank for this 250-page seriocomic piece of writing. Who? Keep reading to find out who Spunky Knowsalot is!

Way back in 2005, McKibben was calling for novels and movies about cli-fi, and he revisited the same essay in an updated form again in 2009, also calling for cli-fi novels as he did in 2005, but it took him another 12 years to finally sit down with the help of Spunky Knowsalot to write his own comic entry in the cli-fi sweepstakes.

When he wrote the Grist essay titled ”What the warming world needs now is art, sweet art” in 2005, the cli-fi term had not yet been coined. But fast foward to 2017 and McKibben is aboard the train now, using a semi-comic novel to reach readers worldwide, as the book will be translated into 25 languages over the next several years.

Starting November 7, which is the novel’s official publication date, McKibben will embark on a nationwide book tour to promote the novel, and you can expect literary critics and book reviewers and newspaper reporters to ask him about the identity of Mr Spunky Knowsalot. Who? Keep reading.

McKibben’s debut novel -- and a goood solid piece of cli-fi it is! -- follows a band of Vermont patriots who decide that their state might be better off as its own republic in the Age of Trump.

Witty, biting, and terrifyingly timely, ”Radio Free Vermont” is Bill's fictional response to the burgeoning resistance movement created by the election of Donald J. Trump in 2016. It’s cli-fi with a comic twist, as only Mckibben can twist it.

So before we end this preview, who the heck is SPUNKY KNOWSALOT? So far, Bill is not telling, his editors at Blue Rider Press are not telling, his PR people at Penguin RandonHouse Group USA are not telling, and his marketing team is not saying either.
Hint: if anyone knows the identity of Spunky Knowsalot, please leave a message in the comments section below.
Posted by DANIELBLOOM at 9:58 PM

DOES ANYONE KNOW WHO THAT IS? Any guesses?